Foolishly, perhaps, we thought this year would be a quiet one.
A couple months on the ship at the start, then back in the UK until August, Teenstreet in Germany, and then back home for the rest of the year.

There’s a quote regarding the fallibility of apparently structurally sound plans of humans and rodents which might be appropriate around here.

When we finished our time on Logos Hope, we were in Bangkok.  Our organisation was holding a conference there at that time, so we helped out with the A/V techie arrangements for that.  When that was over, Becky headed home to Carlisle, and I went North for a week or so as cameraman, filming and visiting with one of our teams in the region. 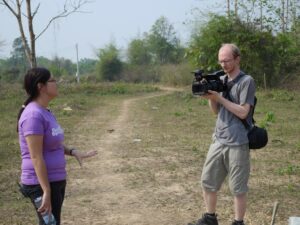 After I got back two weeks later to the UK, We had a couple of weeks ‘normal work’, before I had to go to Ireland to run sound for an Event in Cork, as one of our other Sound Engineers needed to go back to Korea for surgery. 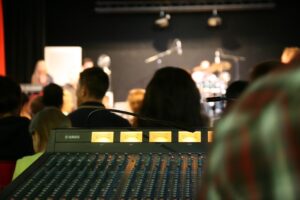 After getting back to Carlisle, we had about two weeks before we’d scheduled a couple of weeks in Cyprus, to take the Christmas break we’d missed on the ship, and take some time off, in lieu.

Two days before we were due to leave Cyprus, my Grandmother in Birmingham passed away, quite suddenly – although not totally unexpectedly – and so we returned to the UK with my parents and brother for her funeral.

We were then in back to Carlisle for a few weeks, before travelling over to Germany for Teenstreet.

While we were at Teenstreet, the arrangments came together for a filming project my Dad has been planning for a while in Cyprus, so instead of coming back to the UK, we headed over to Cyprus again to help with that, myself doing the sound recording and Becky the shoot documenting and general assisting. 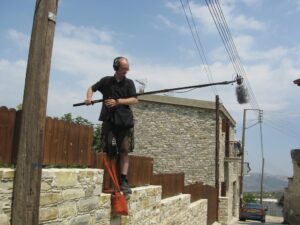 We’ve since been back in the UK for just about three weeks, and so wondering what’s going to happen next.

Right now we have our friend Ant, staying with us, and he inspired me to start blogging again.  This may not be the most exciting post in the world, but it at least starts to cover the great gap of the last several months.

You should check Ant’s Thoughts About Job.