What ho, blog. It’s me, the author of this blog, writing again. I do that, every so often, you know.

House did I say? Yes indeed. It’s a fair sized place, 3 bedrooms, dining room, kitchen, sitting room, bathroom, etc, etc. And only 2 of us living here at the mo. And my housemate is frequently gone, filming abroad or doing a bunch of conferences for “J John”. I’ll be helping with that from next week.

Anyway, I’m feeling very domestic as I just made meself a slightly over-large mexican meal, so feel kinda stuffed, and have done the washing up, and have a load of washing in the machine, making churney sorts of noises at me, as those machines have a want to do.

I’ve been here in Carlisle for about 6 days, and it’s been a very random week. I arrived Tuesday evening, and this dutch bloke, one of my new colleagues, gave me a quick tour of ‘the shed’ where we work (an old bus hanger that they’ve taken over and have a bunch of OB-trucks (Outside Broadcast), busses, and so on and offices in.

My housemate, and most of the people who work in ‘the shed’ were out doing the first of these conferences for J John, and so were not around. So I was wandering around this house, making myself at home, buying fruit and stuff, in someone elses house, whom I’d never met. Weird feeling, to be sure!

Wednesday and Thursday we had a set of “fund raising training” seminars we had to attend, with the whole staff of our company here in Carlisle (quite a lot, about 30 or so), and a few others from other groups about the place. So that was lots of sitting around and classroom stuff, basically.

The conference people had got back very early Thursday morning, and were asleep most of the day, but then we met up that evening, and basically most of the single guys who work at the shed came and invaded our house, we cooked some pizza, and watched a stupid rubbish movie.

(If anyone offers to watch “You, me, and Dupree”, don’t. It’s a waste of time, vulgar, and so totally down-the-line american comedy it’s just not funny. Virtually no american comedies are really funny, but this one is just resoundingly boring. About the *only* redeeming feature, and this doesn’t by any way redeem so far as to make it worth while, is that the young married couple don’t get a divorce, decide at the end to stick togeather, and that their guy friend doesn’t have sex with either of them. Bleh.)

Hey, the pizza was alright.

Friday was my first “real” work day, I got myself a tiny wee office, have a funky mac book pro to work on, with Final Cut Pro Studio on it, and was editing/top and tailing the footage from the J John conference, so we can make a DVD and sell this week’s talk at next week’s conference. This is apparently going to be one of my tasks while I’m here. Not too difficult, but took me waaaaay longer than it should have done. I guess I’m just out of practice, and trying to get my bearings in the office, and all. I’ll get the footage from this week on Thursday, so hopefully can get this one finished a lot faster.

Saturday I set off very early on the train, and after 4 hours and a changeover in Glasgow got to Edinburgh about 10 am. There I met two of my old close ex-Doulos friends, and spent Saturday and Sunday hanging out with them, and seeing Edinburgh. One of them is working in Cardiff, and had flown up for a long weekend, and the other is studying at Uni. in Edinburgh. One of her friends was out for the weekend seeing his girlfriend, so I was able to stay in his room at the upstairs flat in this student accommodation.. Very nice! Small rooms, very Logos Hope cabin-ish, except 1 person and 1 tiny bathroom per “cabin”. But really modern, clean, cool places. I kind of felt “wow, if this is what 1st year student accommodation is like, I’d kinda like to be a student!”.

Then again, my housemate is out still, so I’m basically sitting here in my own complete house, which is also really nice, so I can’t really complain or anything!

I’m also more likely to end up on Logos Hope, actually, which is pretty similar, cabinwise.

We met up with a few other ex-Doulos people, and also the Logos Hope advanced preparation “line-up” team for Edinburgh. We ate lunch together at a pub, and then my two friends and I went for icecream, and then wandered back to the train station, where I caught a train back to Carlisle at 18:45.

Strangely enough, the train back took about 1 hour. 4 hours to get to Edinburgh, 1 hour to get back, and the same price both ways. Funny British train systems!

Today, Monday, we went in to “The Office”, which is where the rest of our company people in Carlisle – mostly admin, finance, and computer techies – who are not with the media group in “The Shed” work. There we had devotions, and then I met up with the Personnel bloke, who got me some money, and so on.

So. That’s been my week. Pretty mixed up, so far, and also pretty relaxing. I’m sure once I get more involved in stuff, it’ll get busier, but for now, it’s quite chilled out.

We officially get whole week-ends off here! It’s quite exciting, after the Doulos 6 day 50-something hour week. Again, of course, when it’s very busy I’m sure I’ll be working harder and longer, but hey, I’m enjoying it now. 🙂

Anyway, so, I’m off to make some hot chocolate and cook a small apple pie I bought, so while I’m enjoying them, here are a few pictures from Edinburgh for you to enjoy. Scotland really is beautiful, and Edinburgh is a cool city. I hope I get a chance to go back there at least once before I head back to the ship. 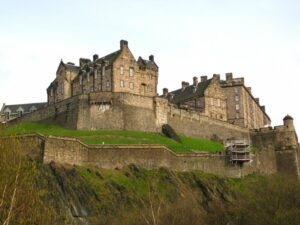 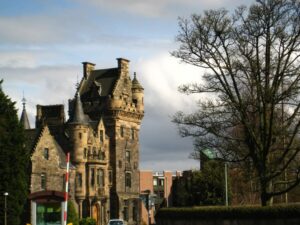 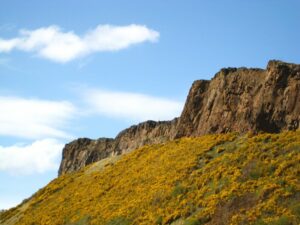 One thought on “Almost a week in Carlisle…”