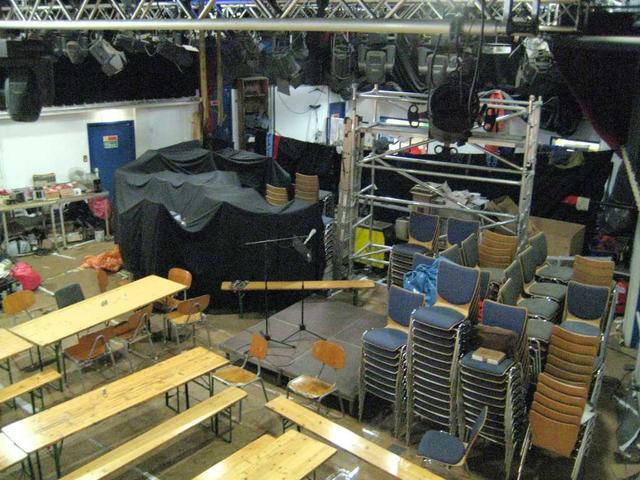 So we’ve been on board the Logos Hope for just over a week now.

Kind of hard to believe.  I really should have blogged earlier, saying we’ve arrived, etc.

As well as jet-lag, I picked up a cold, I guess on the plane, so have been totally energyless and wanting to just crash in the evenings rather than do something productive like write.

Anyway.  Logos Hope is a much bigger ship than Doulos.  I’ll try an post comparison pictures at some point.

The A/V systems on board are also quite a bit more complex and bigger.  Similar concepts, and designed by OMNIvision guys, so using equipment I’m either familiar with, or familiar with cousins of.  (I’d never mixed with an LS9, for instance, which is the digital sound desk they have on board – but I know the O1V96, which is kind of similar, and other digital sound desks).

So, we hadn’t quite realised that the ship is still in ‘drydock’ mode, so not really open to the public, wooden boards and paper over much of the carpeting, etc.

The Hope Theatre, the amazing on board venue which they have (*so* much bigger and cooler than Doulos tiny ‘Main Lounge’ had been converted into a mess for the deckies and engine guys, as well as workshop, storage area, dressing room, and general chaos zone. 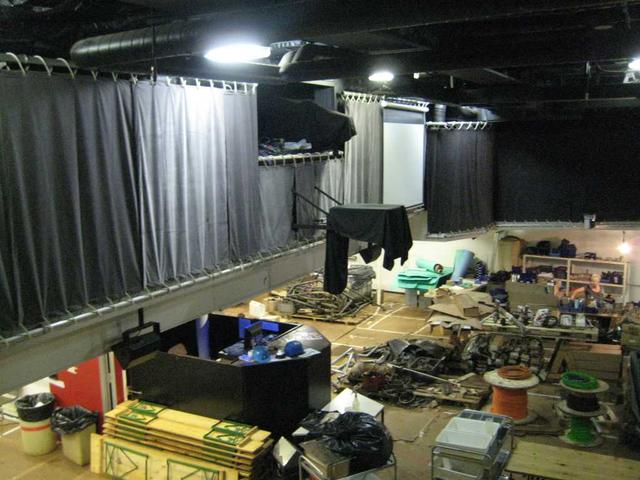 Because the Dry-dock had been extended so many times, and they’d thought that initially it would be very short, much of the equipment (lights, sound desk, projectors, etc) didn’t get taken down and covered properly pre-drydock.  So one job we’ve been doing over the last week is cleaning out the lights and projectors as much as we can, and covering them all with plastic bags so that during the cleaning of the rest of the theatre they don’t get any more dusty and dirty. 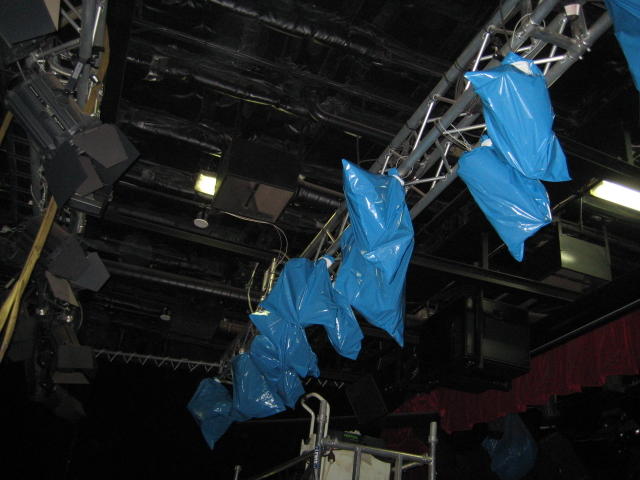 (We expect a lot more dust to come up when they lift up the floor covering boards and clean up the mess).

It’s pretty funny, seeing so many little bits of Doulos scattered around, like this ‘world’ guitar. 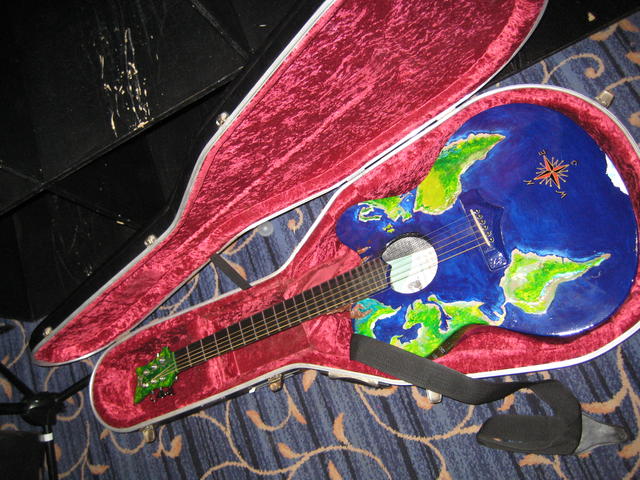 A lot of the equipment is slightly damaged, or very confused. 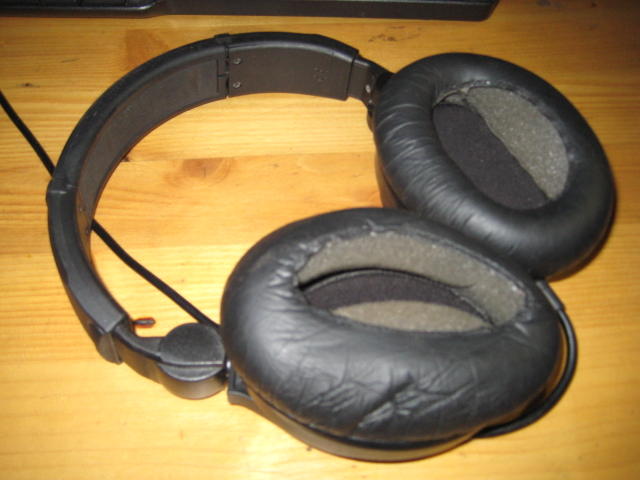 But there are also jobs which have been listed as ‘fixed’ by the previous A/V manager but are obviously done wrong.  It’s kind of irritating.  Apparently there has been very little hand over between managers for a while.  Very little sensible training, and huge amounts of knowledge have been lost.

There really is a vast ammount of work to be done, just to get the systems operational and ready for normal ministry again.  Let alone the teaching side of things.

None of the A/V team really have a lot of experience with running A/V systems, or any theoretical background in what equipment does, or how ‘good’ A/V should look.

They do a lot of stuff by ‘if you press this button, it should work’.  Without really understanding what the button does, or why, or how to trouble shoot it if it doesn’t.

There is one guy who does know a bit more about it all, he’s been on break for a while so I only just met him last night.  He’s been the one basically running stuff for the last few months, but he doesn’t have a huge amount of experience either, (although has been doing an amazing job managing to keep anything going at all).

The team is great though, and really excited to learn more and understand it.