I’m feeling a little bit Italian, right now. Not much, but just a bit.

This morning I made myself and housemate espresso before getting the bus down to the Office, where we have devotions with the office people 3 times a week.

Then for lunch, I had a mozzarella and sun-dried tomato panini, from the local “Sandwhich club” which Euan and a bunch of others often get lunch from to bring back to the Shed.

Then for dinner, I made lasagne. Myself, I kind of like this whole cooking thing. Especially when I remember to not try and burn down the house (I’ll tell you about it later…), and don’t squish eggs in mid air all down the side of the cupboards and on the floor, and also when I don’t by accident tip the slice of cheese-on-toast over and dump hot cheese all over the base of the oven.

Yes, all of those have happened this week. I’ll explain later, but right now I want to talk about my lasagne, as it really was quite OK-ish, maybe. I’m always terrifed about making food for people. But it’s one of those “I’m scared because I’m scared” things, rather than “I’m scared for a good reason” things. And I’m trying to learn to (a) tell the difference, and (b), ignore the first kind of scaredness.

Well. I thought the Lasagne was alright.

Anyway. He did have seconds, so it can’t have been *that* bad.

And he did say he wasn’t hungry really, before eating.

Maybe that’s cos I’d said I’d never made lasagne before, and he’s seen all the other chaos of the kitchen I’ve had this week.

Anyway. So at the end of the lasagne, post washing up, what’s the first thought to my mind? Well, after the Espresso, Panini and Lasagne filled day, only one thing remains!

No, it’s not a good red wine. I wish we had some for dinner too, but we didn’t. It is, of course,

OK, so we don’t have any Italian icecream in the house, but we do have some old random English ice cream which past housemates have left.

And I have an espresso machine.

So, Hot frothy chocolate, and icecream! What a way to finish the day.

My otherwise quite unflappable very German
amused-in-a-quiet-way-at-Daniel’s-cullenary-insanity housemate is truly
shocked at the idea, and tells me I will explode one of these days.

All that sweet stuff right before bed.

Those Germans can be quite sensible, at times.

“Shiver me timbers!” I cry, and reach for the chocolate sauce!

It’s been a while since I posted any photos here, so here are a few choice pics for your enjoyment, and for the general visualness of this blog.

So, because of the whole coffee obsession thing that’s going on right now, here is the first ever coffee-type thing which I managed to get out of the machine: 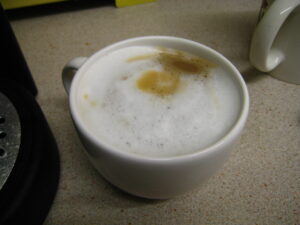 Kind of bleh… Which is why I moderately proudly present: 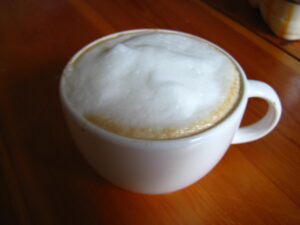 Cappuccino! Well, almost. It tastes better than it looks. And, being a computer image obsessive person as well, I had to play with the colours. Dunno if it makes it look any better, or worse, but it was fun, anyway: 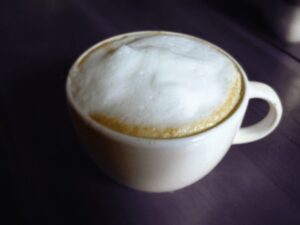 OK, so enough playing. Now for some shots of work. Here is our DVD duplication zone of the Shed. Thankfully this isn’t really my job, or else I’d go much crazier than I currently am. I’m making the DVD masters, which are then duplicated here. 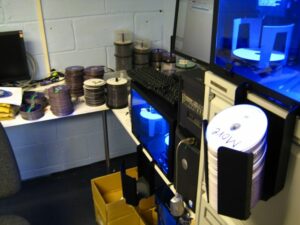 What I have to contend with is this: 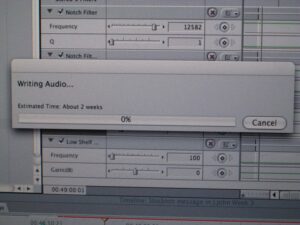 As one of my friends insists on saying “Stupid Mac!” or alternatively “Brood of Saruman!” We’re developing quite a system of which computers are which species of evil around here.

And so as to not end on such a pessimistic note, here is some more coffee. Trying to get some finer foam, and aim towards latte art, at some point. Still, a long way to go, of course. 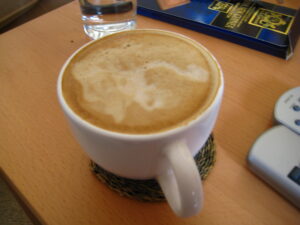 And some colour playing with, and adding some fake DOF and so on: 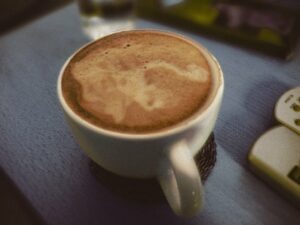 One thought on “Photo time”